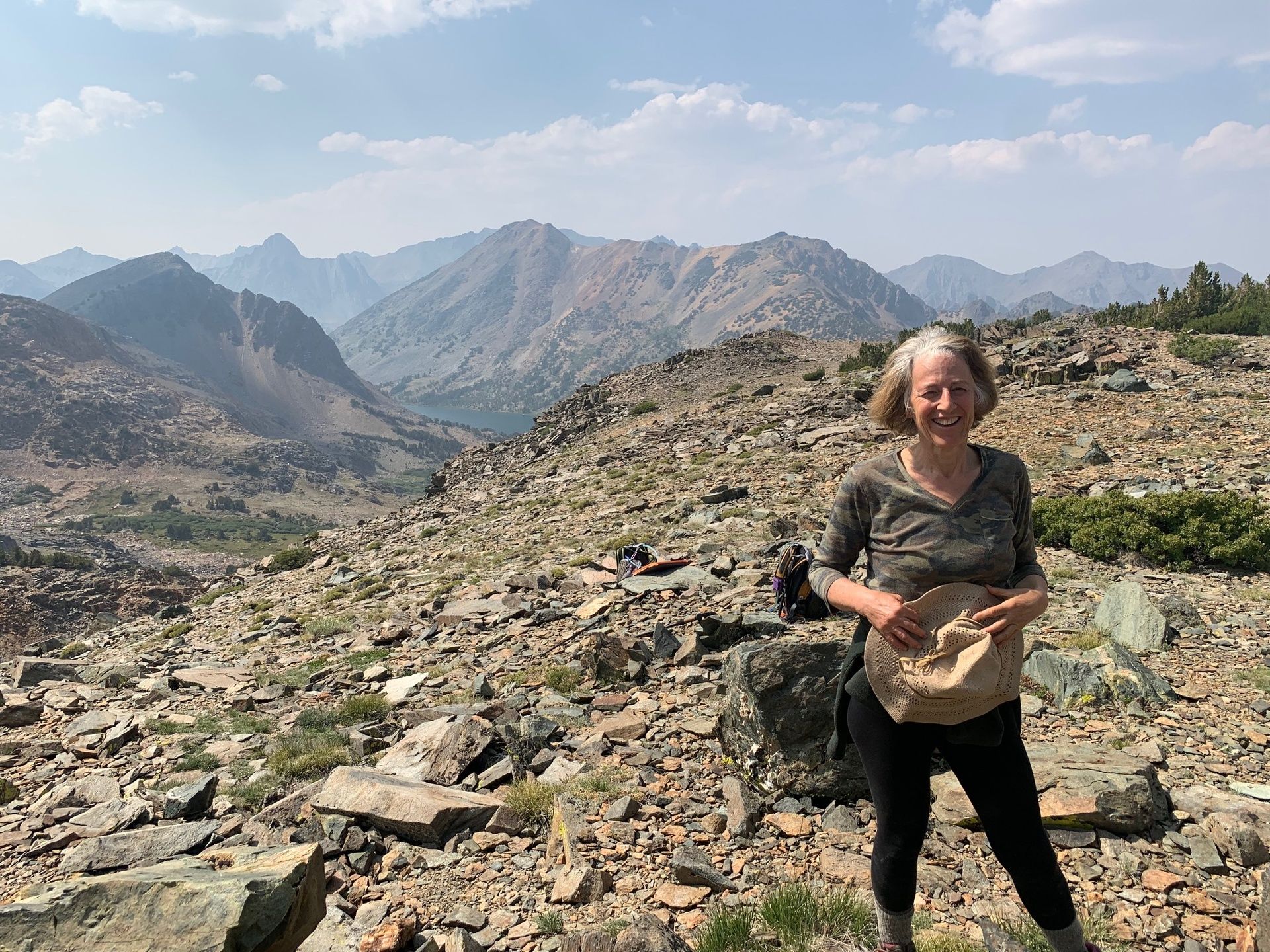 In March at the height of pandemic stir-craziness, I signed up for a Sierra Club week of daily hiking in August from a base camp just East of Yosemite in Bridgeport, CA.. The pinnacle was a six-mike hike with a 1,400-foot climb from Virginia Lakes up to the 11,100 ft. Summit Pass in 90-degree weather on Day 2.

I live at sea level in the San Francisco Bay Area but reached the summit easily with no breathlessness. Here's how this busy, working mom prepared for the challenge and how you can too!

I knew I wasn't going to have much time to acclimatize to the higher elevation when I  hit the area, so I trained by artificially creating the conditions of a lower-oxygen environment when I exercised at home. How did I do that? By making it harder to breathe when I scaled local hills, and then getting used to that.

If you think about it, this is actually how we progressively work out to meet any physical challenge --  doing incrementally harder workouts week by week until what was difficult two weeks ago is a piece of cake today. It's not common knowledge how to apply that to our lungs and the respiratory system.

I live near the base of some local hills so I began walking up the steepest one a couple times a week, applying the general principles of breathing retraining:

I started out walking at a steady pace at which I could handle nose-breathing only, feeling the skin of my lips touching each other, relaxing my shoulders and brushing off tension. I walked faster over time as I got more fit. At the beginning I let myself breathe as loudly as I needed to with my nose, but over time I reduced the sound until I couldn't hear myself. I made sure I wasn't straining.

After some time, I intentionally sought to gently breathe less air as I was exercising more vigorously.

I often timed myself on the familiar route and took my pulse at various points -- getting out of the car at the beginning, at the top of the hill, back at the bottom before I returned home, and then at home to make sure I had recovered my resting rate and wasn't going to be over-breathing as I sat working at my desk.

If I were an athlete training to win an event, I would have taken more statistics and kept a formal log. I would have started actively holding my breath while walking uphill, and extending that longer over time. Or I could have worn a training mask so it would have been even more difficult to inhale.

One of the most successful public examples of breathing training comes from the 1968 US Track and Field team. In 1968 the games were held in Mexico City, the highest location for the games on record. The Track and Field team hired Carl Stough, a famous vocal coach and choral director, to help them build their chops.

The track and field team was really on top of things that year. In addition to hiring the breathing coach, they set up a training camp just south of Lake Tahoe, CA at Echo Summit, a mountain pass over the Sierras. At 7,300 feet, Echo Summit closely matches the elevation of Mexico City. The Camp opened in July, the men's track and field trials were held there in September, and the team flew to the Games together in October.

Between breathing training and the pre-adjustment to high altitude, the men's team made Olympic history -- including winning 12 gold medals out of 24 events -- and setting six world records during the course of the games. The women's track and field team won three gold metals out of 12.

So there you have it. Here's the template for exercising without huffing and puffing, and strengthening the respiratory system.