5 Reasons Panting Lowers Sports Performance, and What To Do About It 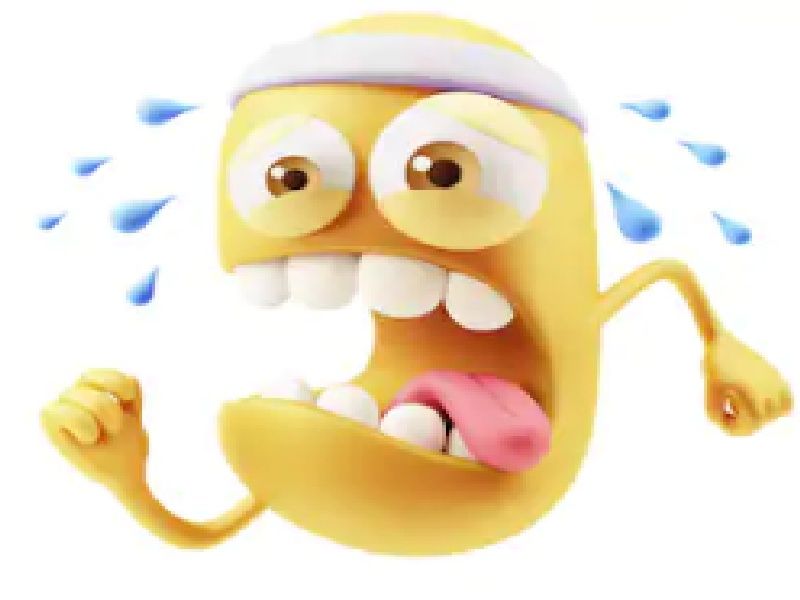 Panting is inhaling hard and quickly with your mouth. It feels like it should give you more energy, with so much air flowing in and out. But taking big breaths doesn’t mean extra Oxygen is actually powering your steps. In fact, that’s one of the biggest misconceptions in sports, because:

1. Panting actually lowers the amount of Oxygen available for your body to use.

You know how when athletes mouth-breathe and pant, they often complain that they can’t catch their breath? Here’s why: The air is fanning in and out of the upper chest quickly like an accordion and not fully entering the lower lobes of the lungs. Breathing takes on a life of its own and is happening so quickly that Oxygen is being “left on the table” without being absorbed and entering the bloodstream. Conversely during nasal breathing, additional resistance at the nose actually lengthens the inhalation time in a good way because the extra seconds allow the air to go further down the airway and into the lower bronchioles.

Another obstacle: Mouth breathing typically lets too much Carbon-Dioxide escape. CO2 regulates the hormones that signal when it’s time to release Oxygen from the bloodstream into the cells. So even though Oxygen is circulating in the blood, that doesn’t mean it always reaches the muscles, organs, tissues and cells that need it

The nose is designed to capture condensation; mouth-breathing dries moisture out. A 2006 study took samples from the same subjects during nose and mouth breathing, and found a 42% greater moisture loss when the people used their mouths. More moisture loss means more dehydration.

By the way, a dry mouth in the morning is a tell-tale sign that someone is mouth breathing when they sleep -- and probably panting when they exercise too – since we all have a baseline breathing pattern that operates in the background day and night.

The most biomechanically efficient way to breathe has been shown to be nasal breathing into the diaphragm, with upright posture. (In plumbing terms, that would be a straight vertical pipe with no crimps in it.) Anything other than that position takes more energy to produce needed Oxygen, according to an article called “The Energy Cost (Work) of Breathing” in The Annals of Thoracic Surgery from 1969.

The air we breathe has all kinds of stuff in it – from Oxygen and Nitrogen to pollution, dust, smoke, bacteria, allergens, viruses, insects and countless other things. The nose cleans the air before it reaches the lungs; the mouth sends it all straight down “as is”.

On the surface of the nasal tissues are cells with small hair-like appendages called cilia that trap much of the bad stuff. Once captured in the nose, the bad stuff sits in mucus and gradually is pushed into the throat where it’s swallowed, sent to the stomach and ultimately eliminated. The passing of air through the nose also warms or cools it to body temperature, and the nose releases Nitric Oxide to sanitize the air.

This is all a lot better than when cold, dirty air goes straight from the mouth to the lungs. Then we lose time and momentum coughing up particulates or enduring discomfort bracing from cold air entering the chest.

The body interprets any mouth breathing as stress breathing, automatically flipping into emergency mode. It doesn’t matter whether the reason is a bona fide life-or-death crisis or simply an unpleasant thought about an upcoming tax deadline.

When the body is in fight-or-flight, many regenerative body functions cease. Hold that digestion, bowel movement, rest and easy sleep. For our caveman ancestors, an emergency lasted a couple minutes as we attempted to outrun a predator. The body hasn’t adapted to modern problems that endure for months. Check out this list of symptoms to see what other health effects you might be experiencing that arise from the biomechanical, biochemical or psychophysiological effects of poor breathing habits.

So what can you do about it?

Stop panting with the help of breathing retraining, a self-management approach to identify and correct poor breathing habits that hold athletes back. Overall fitness and sports performance are usually limited by your breathing fitness -- the condition of the lungs – long before leg or arm strength. A feeling of intense breathlessness during exercise can affect endurance more than muscle fatigue.

Breathing retraining is about making incremental changes to our breathing pattern for a short period a couple times a day – ideally blended into daily-life activities – which will begin to change the automatic programming the rest of the time. The principles are to establish nasal breathing, stop mouth breathing and breathe more gently in general.

Changing your breathing pattern requires more attention than you might expect at the beginning. Most of us are taking at least 20,000 breaths a day in a pattern that – thank goodness -- is automatic and mostly invisible to us.

To stop panting during exercise, here are some ways to start:

Breathing Retraining Center is here to help, offering online, phone and in-person coaching packages for various levels of support. Check out how we work here.